a site to explore the difference between meaningful and ill-conceived educational reform (note: you have to open a post for its links to be activated)

Readers of this blog will not be surprised to learn that there is an intent behind the large numbers of students who will be deemed “below proficient” or “well below proficient” when the results of the spring 2015 CCSS tests are announced next fall.

“There will be a painful adjustment period as schools and students adapt to higher expectations. Just look at the results announced in New York this week [in relation to a pilot version of the CCS-alinged tests given to 3rd-8th grade students]. Remember, only one-third of our students are college or career ready, and higher expectations, assessed faithfully, will show that ugly truth.”

What’s not as well known is that this “predictable failure rate” is part of a larger program that celebrates “creative disruption” as a necessary and essential component to any economic plan whose goal is to enhance everyone’s economic well being. As Jackson Lears points out in his thoughtful and thorough review of Diane Ravitch’s Reign of Error (see here)

who argued that “creative destruction” was a necessary and beneficial aspect of any program of robust economic growth.

Schumpeter’s rhetoric has been tamed a bit by his current apostle, Clayton Christensen of Harvard’s Business School,

who refers to the necessity of “creative disruption” rather than “creative destruction.”

The basic tenets of both men’s theories, however, remain the same: without a sundering there can be no reconciliation, as Stephen Dedalus might have put it.

Of course this economic theory sounds looney tunes when applied to educational policy, where the value of predictability and lack of disruption is so clear from both students’ and teachers’ perspectives.

It might be helpful, therefore, to shift terrain somewhat. Let’s imagine a group of extremely wealthy and highly influential individuals of the Ted Turner persuasion

who wanted to promote a national school health program. Might it make sense for such a group to propose, as a “high standard,” that all students be able to run the 110-meter low hurdles race in under 20 seconds by the end of their 8th grade year?

And might they convince themselves, after having set a spring 2015 deadline for meeting this goal, that having the majority of 8th graders fail this test would serve as a necessary “wake up call” to spur the nation to adopt “rigorous” and “demanding” 110-meter low hurdle standards for all K-8 students?

One could go further. Wouldn’t it make sense, to the members of this small and highly influential group of men, to publish “grade level standards” that would help to convey to all PE teachers the necessary “learning progressions” for achieving this goal? Progressions that would insure that all students achieving these grade-specific standards would indeed be able, by the end of their 8th grade year, to run the 110-meter low hurdle race in under 20 seconds?

And, sadly, one could go one step further yet.  Wouldn’t it make sense to this small group of wealthy and influential men to promote and support the establishment of “Success PE Academies” for under-served children — publicly funded charter schools that would use these year-by-year assessments to determine which students were  able to remain and which would unfortunately have to be “let go” for failing to meet the school’s rigorous “no excuses” curriculum?

Wouldn’t a nationwide chain of such schools serve as a beacon of hope to their neighboring public schools, providing “clear evidence” that with the guidance of a sufficiently demanding 110-meter low hurdles curriculum and year by year standards that were “clearer, fewer, and higher,” even the most severely under-served children would in fact be able to reach these lofty goals?

And think how alluring this possibility might seem, how easy it would be for this small group of men to ignore “unsettling” reports like the study by Christopher and Sarah Theule Lubienski 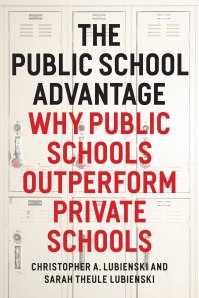 or the more recent finding by the League of Women voters in Florida (see here), and to forget that not all students come to school with the same physical abilities or capacities, the same desire to excel in a physical endeavor, the same motivation from home to meet any standards at all, much less those imposed by an unknown and faceless “outside” group.

And there you have not only our current national standards and assessment program, but also the “logical” economic thinking that lies behind its seemingly bizarre and counter-intuitive assumptions.

The problem faced by teachers and a few heroic administrators today, however, is not so much to understand the thinking behind the Common Core as it is to figure out how to prevent the damage that the “predictable failure rate” on the spring 2015 Common Core assessments will do to the students in their classrooms and schools. It’s in response to this important and urgent “What can we do?” question that I provide the following thoughts.

Just over 35 years ago I was writing the first chapter of my doctoral dissertation. It concerned the group of poets and painters known as the Pre-Raphaelites, but it also concerned the larger cultural and political world in which they lived. I was pleased in pursuing my research to discover that the leader of this group—the poet and painter Dante Gabriel Rossetti

was on quite intimate terms with both the somewhat reclusive Oxford mathematician Charles Dodgson, known to most readers of his Alice books as  “Lewis Carroll”

and his better known and more gregarious illustrator, John Tenniel. 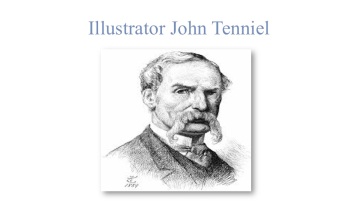 A number of letters were exchanged between Dodgson and Tenniel regarding an illustration that both wanted to use on the cover of Through the Looking-Glass and What Alice Found There—the now famous “Jabberwocky” illustration.

Dodgson and Tenniel were unable to persuade their publishers to go forward with their plan, but I was led by their eagerness to do so to look a bit more closely at this quite familiar image.

What struck me almost immediately was that the “shocking” effect of this image owed a good deal to the Jabberwock’s unexpectedly human apparel and extremely human central teeth. It gradually dawned on me that what Dodgson and Tenniel had set out to represent as the source of all that threatened to destroy Alice’s childhood world was the voraciousness and lumbering acquisitiveness of 19th century industrial capitalism (see here for a recent study confirming these suspicions), all decked out in vest, spats, and a handlebar mustache!

The fact that this part serpent, part dragon, part insect, part man seemed to emerge, inexorably, from a Darwinian-like primeval ooze, gave the image added power. I could understand why the publishers might not have wanted this image to greet the young readers of “Lewis Carroll’s” second Alice book!

But the publishers were wrong. Unfortunately, they could not have been the beneficiaries of the insights

provided by Bruno Bettelheim a century later in his influential The Uses of Enchantment.  As Bettelheim argues, children are often better than adults, in many ways, at confronting what most frightens and intimidates them. They do it with language, as Dodgson brilliantly demonstrates with the poem that accompanies Tenniel’s illustration.

They start by re-naming: the ferocious monster becomes a “Jabberwock,” a monster that “whiffles” its way through a “tulgey” wood.

‘Twas brillig, and the slithy toves
Did gyre and gimble in the wabe;
All mimsy were the borogoves,
And the mome raths outgrabe.

“Beware the Jabberwock, my son!
The jaws that bite, the claws that catch!
Beware the Jubjub bird, and shun
The frumious Bandersnatch!”

He took his vorpal sword in hand:
Long time the manxome foe he sought—
So rested he by the Tumtum tree,
And stood awhile in thought.

And as in uffish thought he stood,
The Jabberwock, with eyes of flame,
Came whiffling through the tulgey wood,
And burbled as it came!

One, two! One, two! and through and through
The vorpal blade went snicker-snack!
He left it dead, and with its head
He went galumphing back.

“And hast thou slain the Jabberwock?
Come to my arms, my beamish boy!
O frabjous day! Callooh! Callay!”
He chortled in his joy.

‘Twas brillig, and the slithy toves
Did gyre and gimble in the wabe;
All mimsy were the borogoves,
And the mome raths outgrabe.

from Through the Looking-Glass, and What Alice Found There (1871)

And the threatening sounds it makes as it comes at one? Those are described as “burbling.”

And sure enough, with this imaginative and lighthearted “taming” of what initially seemed an especially fearsome creature, the slight and frail Alice-like figure in the foreground of this illustration is able to slice off the Jabberwock’s head with a single “snicker-snack” of her “vorpal blade.”

So what are we as teachers and administrators to make of this encounter? How might Dodgson and Tenniel’s understanding provide us with ways to confront today’s “monsters” of educational reform, who  threaten to “disrupt” our cherished system of public education to its very core?

I would suggest we engage in a little “creative disruption” ourselves. We could begin with what our Finnish colleagues in education have already done: rename the seeming juggernaut of international educational reform as GERM, for Global Education Reform Movement.

And would it not make sense to rename our own local version NERM, for National Education Reform Movement?

There is great power in naming, as we know from the childhood names we either gloried in or suffered under.

And what about further acts of “creative disruption”? My current favorite comes from “two dads (who are teachers) who wanted to make their concerns about testing visible to everyone.” They started a FaceBook group called “Lace to the Top”

which now, thanks to a plug by Diane Ravitch on John Stewart’s The Daily Show, has almost 10,000 members (see here). And there’s my own Facebook group, the Common Sense Community for Educational Reform (see here), which uses “lace from the bottom” as its motto, borrows the idea of wearing “neon greens” from the Lace to the Top movement, and focuses on the importance of involving K-12 public school teachers with any effort to “reform” education at the local, state, or national levels.

It was a child who had the courage and temerity to say “The emperor has no clothes!”

And it is a child who returns to the arms of the Jabberwocky narrator, following his slaying of the fearsome Jabberwock, to be welcomed home as “my beamish boy.”

And similarly, it is in our own capacity to see our home-grown NERM monsters in all their foolishness and arrant stupidity, that will serve as our surest pathway towards the overcoming of these seemingly hideous creatures.

So I look forward to the day when we can all say, as teachers, students, and parents,

We now have slain the Jabberwock!

Let’s shout out in our joys!

Note:  An earlier version of this essay was entitled “Making Mischief.”  It was published in the December 2013 issue of the online JoLLE Journal under Scholars Speak Out (see here). This illustrated version was initially read, also in an earlier version, at the November 2013 National Council of Teachers of English Annual Convention in Boston Mass.